Her writing has appeared in newspapers, magazines, and websites including National Geographic, The Philadelphia Inquirer, and NPR. She also loves storytelling, and has appeared on-stage and in podcasts such as The Story Collider. 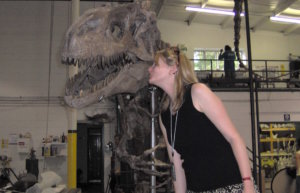 Erika was previously a deputy managing editor at Science News magazine and a senior associate editor covering climate change at Environmental Science and Technology. She earned a Master’s degree in ecology and evolutionary biology at Tulane University and a Master’s in environmental science with a focus on journalism at the University of Colorado Boulder.

She lives in Knoxville, TN, with her husband, a small cat, and an enormous cat.